You are here: Home / About

Robert Farr serves as Bishop of the Missouri Area of The United Methodist Church. Elected by the South Central Jurisdiction in July 2016, he was assigned to the Missouri Area beginning September 2016. The Missouri Conference includes 781 local churches, approximately 1,000 retired and active clergy and 72,000+ weekly worshippers, offering ministry through local churches, colleges, campus ministries, social services and mission projects throughout the world.

Before his work as Bishop, Rev. Bob Farr has served as the Director of the Center for Congregational Excellence for the Missouri Annual Conference of the United Methodist Church from 2007-2016, guiding 35 church starts into life and has overseen over 150 Healthy Church consultations in the Missouri conference. He led 128 individual church consults in 29 conferences across the connection, serving on the Cabinet, Mission Council and as a Conference Director. He offered oversight of new church planting, church transformation, language-based faith communities and shared in leadership development. In 2011, Farr received an Honorary Doctor of Divinity from Central Methodist University.

From 2000-2007, he served as senior pastor of Church of the Shepherd in St. Charles where he led the congregation through relocation that increased worship from 450 to 1,200 in worship attendance. Prior to that, Farr started Grace UMC in Lee’s Summit in 1990 and Hope Church in Lone Jack, a daughter congregation of Grace, in 1998. Farr was ordained deacon in 1983 and elder in 1987 after attending seminary at Perkins School of Theology, where he served student appointments of Celeste, White Rock and Kinston charge and as student associate at Wesley UMC in Greenville, Texas.

As a writer, he has co-authored several books with Kay Kotan and published by Abingdon Press, including: Renovate or Die – 10 Ways to Focus Your Church in Mission (2011), Get Their Name – Grow Your Church by Building New Relationships (2013), 10 Prescriptions for a Healthy Church (2015), and The Necessary Nine (2015). His latest book , Obvious Wisdom was published by Market Square Publishing in 2018.

Farr has also had the opportunity to share learning across the connection through the Healthy Church Initiative, School of Congregational Development, Path One and South Central Jurisdiction new church planting trainings. Bob helped form Route 122, a transformational church network and is a regular guest speaker across the connection.

He is a certified Fire Chaplain through Global Board of Higher Education and Ministry. Farr’s passion for the global church has taken him to India, Mexico, South Korea, Russia, South Africa, China, Haiti and Mozambique. For the past five years, he and his wife have helped support Nhachengue UMC in southern Mozambique, including the drilling of a deep water well. He and Susan have been married since 1979 and have two adult children and two grandchildren. 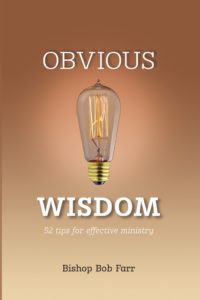 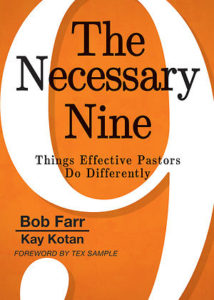 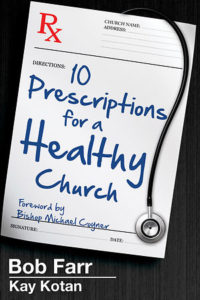 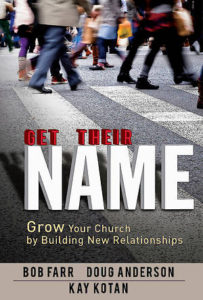 Get Their Name by Bob Farr, Doug Anderson and Kay Kotan 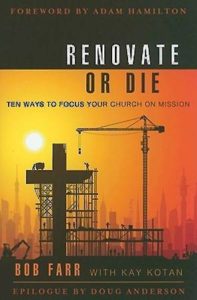 Renovate or Die by Bob Farr with Kay Kotan